This research embraces a shift from Western traditional knowledge frameworks towards an Indigenous knowledge approach, as it became clear to me that Māori values, customs and indigenous perspectives must inform the basis of research that involves indigenous peoples. Indigenous peoples share a long standing connection to their lands, community and natural environment that is maintained through an understanding of practices of belonging, knowledge and responsibility (Wilson, 2008).

Indigenous knowledge springs out of the integration of those areas and maintains inter-relationships that reflect a holistic understanding of the world. Pihama, Southey, & Tiakiwai (2015, pp.6-16) give an example from their own cultural knowledge base that indicates science and culture are not separated. Pihama et al, (2015, pp.6-16) describes that the navigational expertise of tupuna Māori who travelled across the Pacific Ocean highlights a strong understanding of water related sciences like ocean swells, tides and sea movements. Māori have generated different names for these phenomena that tells people about the myriad characteristics, shapes and nature of an energy that can uphold life but also bring destruction (Royal, 2006).

This energy with all of its forms, moods and expressions is known as Tangaroa. Through narrativised knowledge Tangaroa, the kaitiaki of the ocean is considered an atua. Atua have personality, a spiritual self, and a genealogical network, where aspects are employed for describing relationships, situations and events in order to transmit knowledge in memorable ways. These stories assist in passing on information to tasks at hand, such as fishing, navigation and seasonal planning. Within a wider underlying understanding, these are narratives that bind, link, inter-relate to both the land (the underlying sea beds, continental shelves), all marine life, bird life, to the environment and wider again into the cosmos. Therefore an indigenous paradigm comes from the fundamental belief that knowledge is relational (Wilson, 2008).

It’s collective, it’s a group, it’s a community. And I think that’s the basis for relationality. That is, it’s built upon the interconnections, and interrelationships, and that binds the group... But it’s more than human relationships. And maybe the basis of that relationship among indigenous people is the land. It’s our relationship to the land. There’s a spiritual connection to the land. So it’s all of those things”.

Thinking through research as relational entails understanding not only some of these interrelationships, but how research questions are formed, planned and carried out. This requires protocols that ensure the research meets the requirements relevant to indigenous peoples. This is not an extensive review of an Indigenous knowledge approach but it has set some principles to explore how Māori Indigenous knowledge can inform a cultural base when conducting Indigenous research.

The notion of being connected through wairua and mauri to the land is crucial to this research. As I described in my Cultural Context section, the method of acknowledging the contextual location of my tūrangawaewae affirms my identity and whakapapa to Tūranga. Therefore whakapapa is one of the core principles that underpins the cultural base of this research.

Wilson (2008) writes about the importance of relationships and why it is fundamental to an understanding of an indigenous framework. In Mātauranga Māori this is referred to as whakapapa:

Identity is also inextricably bound to whanau and whenua relationships, to the marae and the value system and language which holds these things together”.

In this research whakapapa extends to the responsibility of communities, kaitiakitanga, manaakitanga, whanaungatanga and wairuatanga to tino rangatiratanga where the people are able to exercise their ongoing responsibilities to their people and environment. In terms of people having meaningful participation, ownership and control of their own disaster management, how does the community gain that involvement to a culturally and socially relevant level? They gain it through education and understanding through knowledge sharing within the relevant forms and modes.

My research that began on the premise of relationality, revealed that this would occur most effectively through their own local narratives, the use of Te Reo and acknowledging the diversity of perspectives within whanau, iwi and hapū. This method considers ethical considerations such as the process of forming clear relationships with people. Pihama et al, (2015, pp.47-53) makes the point that simply being Māori does not grant you access to be an insider in terms of a researcher. In my community, my engagement was very much dependant on my relationships and connections through my Ngāti Porou whakapapa. Even this kinship requires strengthening, ongoing engagement in the forming of healthy and strong relationships with Māori in my community beyond the scope of this project. 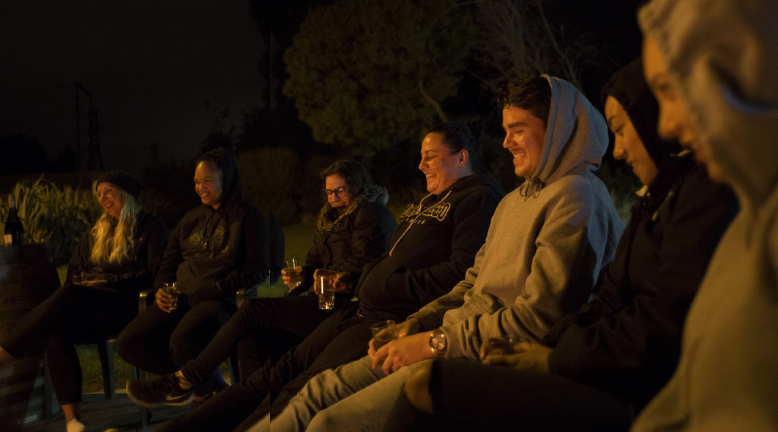 Figure 12: Nga Aho wānanga 2017, Omaka Marae. Whakawhanuangatanga, Manaakitanga — Connecting through sharing stories and showing respect and support for each other as a group which became an integral part of this design process. 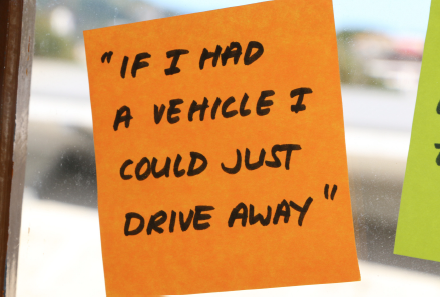