The final stage of the design process is Delivery where the final design output can emerge in response to everything I have learned in my research.

During the Development phase I talked about the idea of understanding the whakapapa of the whenua. One way that this can be understood is using the scientific method of drilling for paleotsunami samples. The core used to drill for these samples is an elongated shape that made me think of other forms within Mātauranga Māori that could give meaning to this understanding. This led me to explore pouwhenua.

Pouwhenua resonated with me because it can reflect a boundary marker or land post symbolising areas or territory in the whenua. Automatically I thought of safe and unsafe zones for tsunami risk and reflected back on the materials created in the development workshop exercises. Participants in the workshop wanted to utilise local knowledge, beacons of light and atua in their structures to communicate tsunami risk. The participants in my workshop continued to talk about the importance of the whenua in Tūranga and they mentioned kaitiakitanga as a principle for investigating tsunami communication. This can be seen in their ideas to illuminate structures with light (beacons) that navigate you to safety just like a kaitiaki would, or an atua.

I believe my participants connection to the land and their own whakapapa and understanding of kaitiakitanga are embedded in the structures they created. Therefore I used local knowledge, beacons of light and atua as the conceptual drive to design my own pouwhenua prototype. As a result the concept of this design heavily reflects back on my design process and acknowledges indigenous knowledge perspectives. 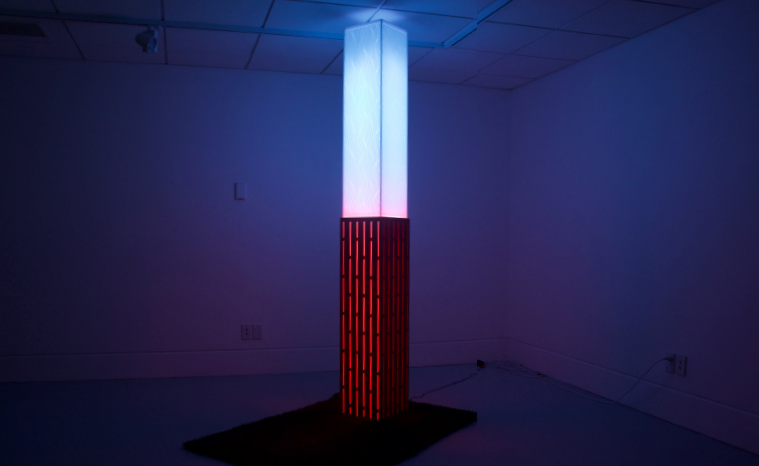 The continental shelf is Papatūanuku, Rūaumoko, atua of earthquakes is within her and Tangaroa is the kaitiaki of the ocean. These atua are reflected in the narrative of my pouwhenua that recognise earthquakes are the warning for tsunami.

Papatūanuku is represented in the pressure plate that turns the pouwhenua on (see Figure 41). Papa’s relationship with the earth moving may refer to the Hikurangi Subduction Zone where the two plates are currently locked. When the energy and pressure is built up over time the release of that energy may be seen in large subduction earthquakes that could trigger a local tsunami for Tūranga. Rūaumoko is represented in the shelf that sits at the bottom half of the pouwhenua and is adorned with the pattern ‘niho taniwha’ (see Figure 42).

In my initial research I came across pūrakau that tell of taniwha being a metaphorical understanding of tsunami risk in coastal communities. This led me to decide to use the notch pattern/’niho taniwha’ (see Figure 42) as a way of embedding this Mātauranga into the pouwhenua. The upper half of the pou is Tangaroa’s domain where I have used a wave pattern (see Figure 45) to signify the water carving into the land as a tsunami might do. 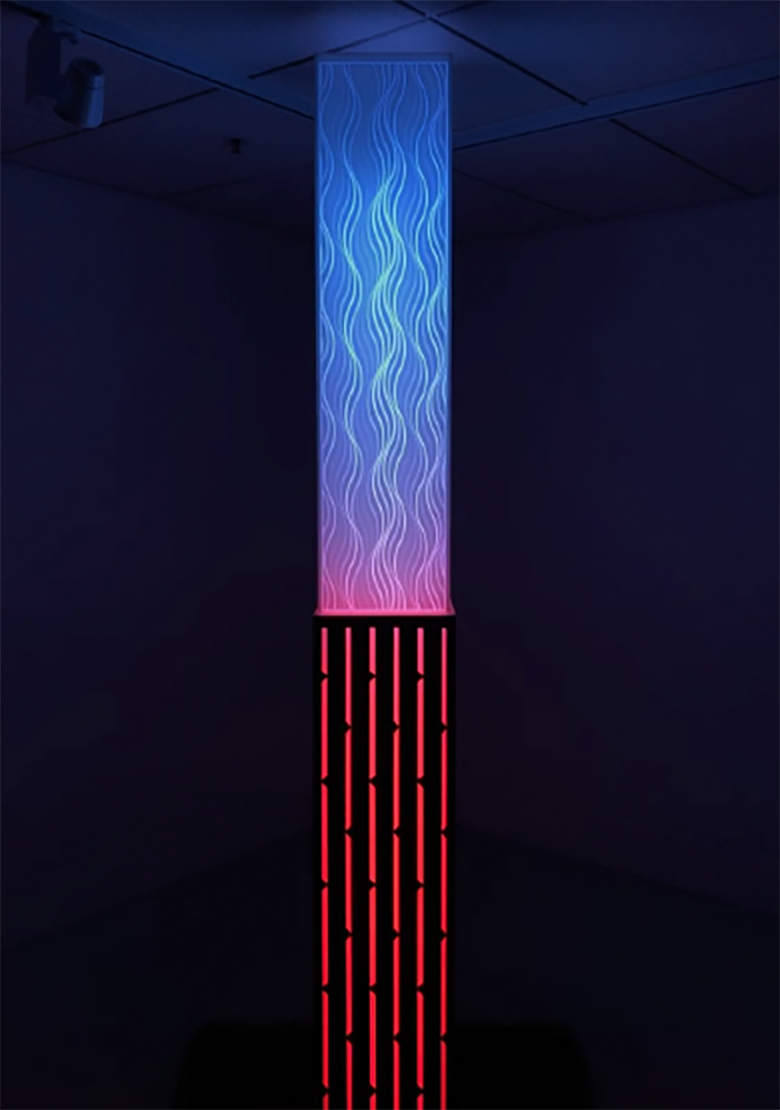 The mauri of the pouwhenua is represented in the light that is activated when a person triggers the pressure plate. The energy released from a person standing on the pressure plate simulates how the pouwhenua may be triggered by seismic forces in a real event. It becomes a metaphor for understanding the relationship between an earthquake and tsunami or Rūaumoko - red light and Tangaroa - blue light. The energy of Rūaumoko lights up the bottom half of the pou (see Figure 43). While an animation of blue light (see Figures 44 and 45), cycle through three times indicating that a tsunami wave can inundate and recede multiple times. Instead of using icons that represent earthquakes and tsunami I have explored the idea of textures lattice = earthquake and wavy lines = tsunami.

This research shifts away from the design of a traditional pouwhenua by adding a digital element of light and interactivity. Tangata whenua can interact and visualise the energy and mauri of our atua, which brings a new meaning to the narratives embed in pouwhenua. The aim of the design is to entice people to interact with the narrative of the pou, to raise awareness and enhance conversation around tsunami risk. This pouwhenua is a passive communication reminder that is specifically connected to the whenua of Tūranganui-a-Kiwa. The behaviour the pouwhenua embeds a response to the earthquake as a warning for tsunami. At the moment the pouwhenua comments on the narratives of cultural memory that are embedded in the whenua. 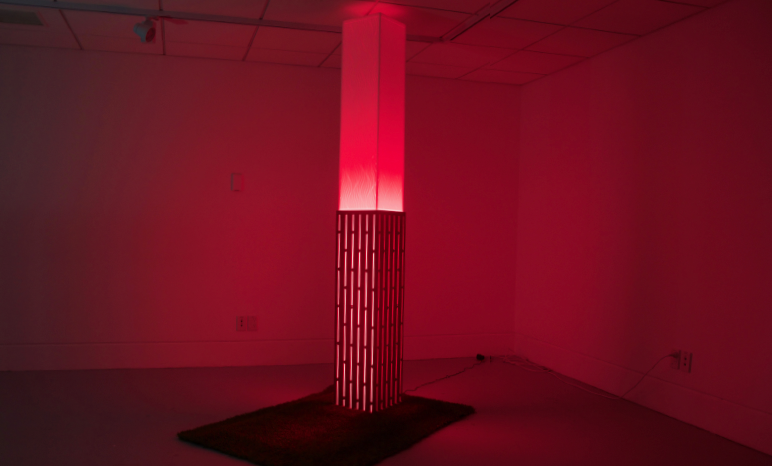 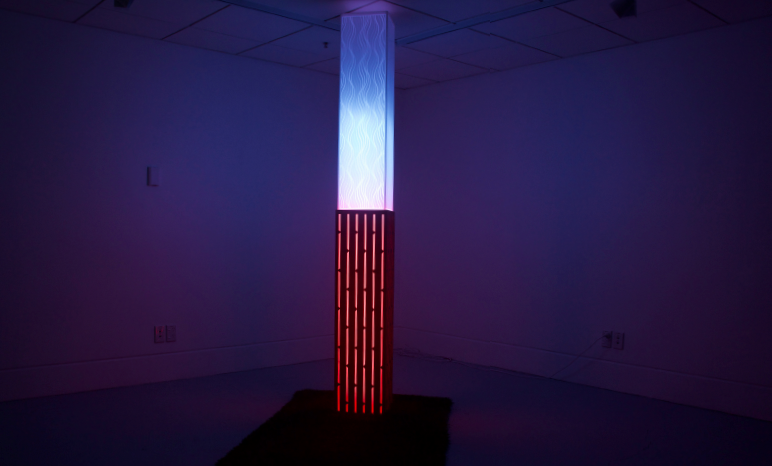 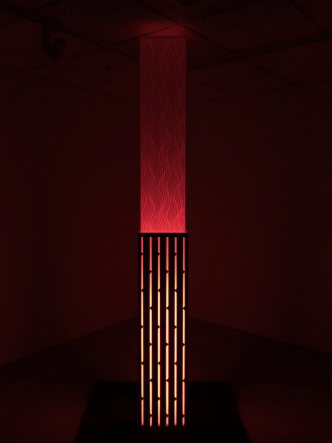 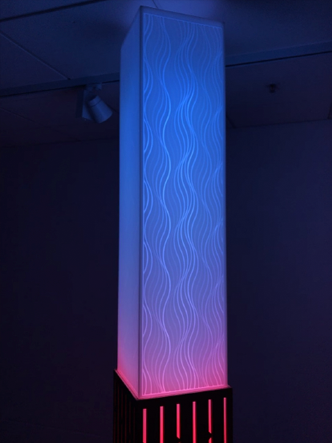 Figure 44:Pouwhenua: Transition of light from the earthquake to tsunami 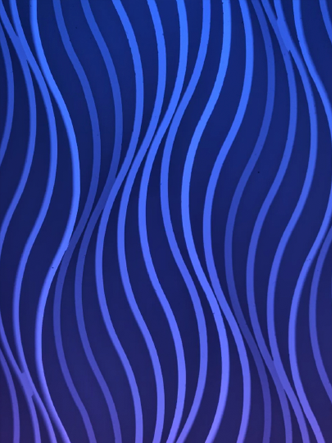